Donald B. Wagner, Mathematics, astronomy, and the planning of public works in China, Han to Tang 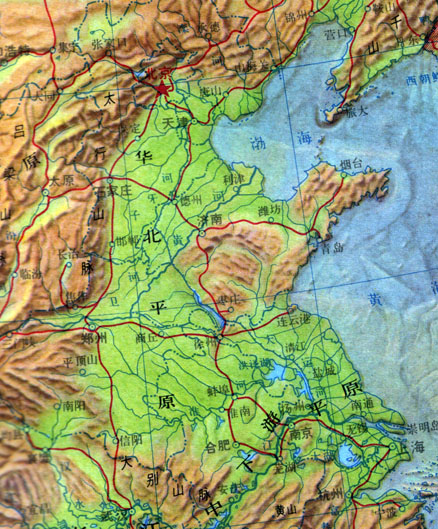 The North China Plain is essentially an enormous delta of the Yellow River. In the geological past it was ocean with a few islands; by historical times this had been filled with silt carried down by the river.

River deltas always give problems, for rivers through deltas have a natural tendency to silt up and change course, and great dykes (or levees) must be erected to hold them in place. (Americans will think of the Mississippi Delta.) When the dykes break, the resulting floods cause widespread devastation on the flat land of the delta. This has happened so many times in Chinese history that the river has earned the sobriquet ‘China’s Sorrow’, Zhongguo de tong 中国的痛.

The Yellow River now flows north of the Shandong peninsula, as can be seen on the map, but has often flowed south of it.

Every time the river has changed course has meant disaster – some peasants are suddenly without water for their crops, while others are flooded out.

When Wang Yanshi repaired the broken dyke in about 29 BCE he used a technique, ‘gabions’, which is still important in China and elsewhere. The photographs below show a couple of examples. 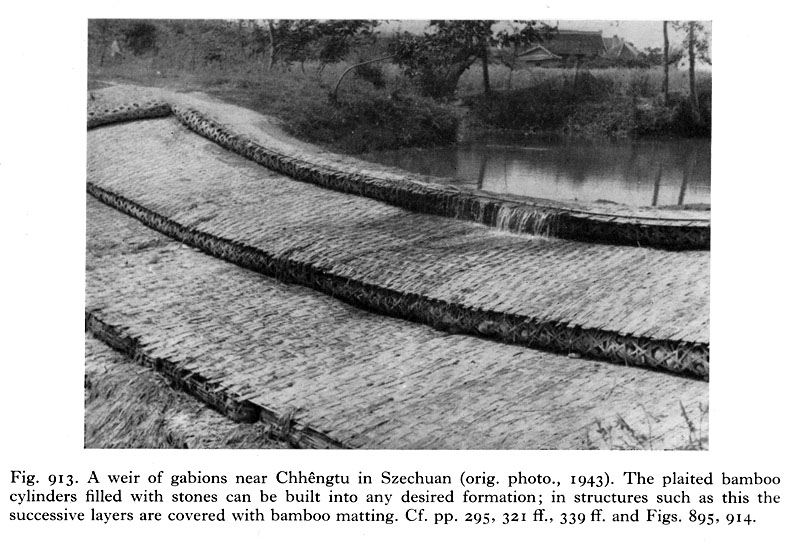 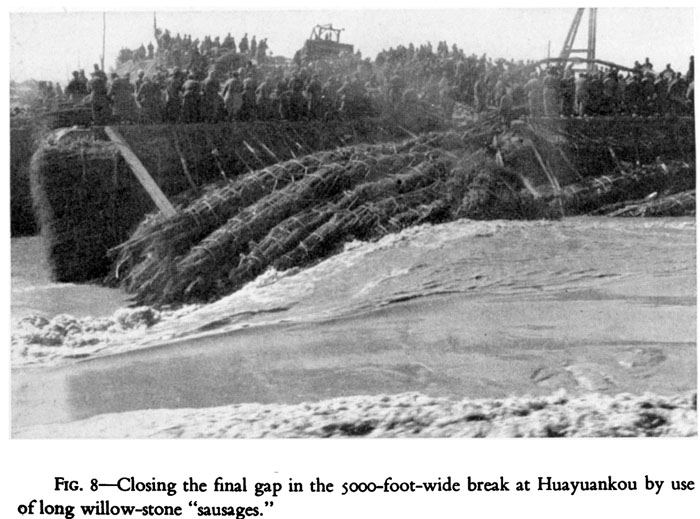